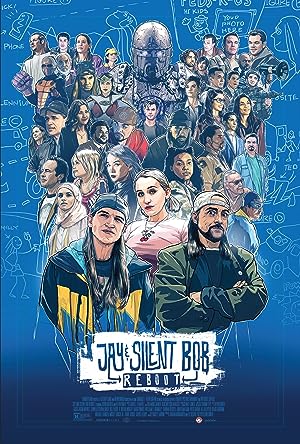 Jay and Silent Bob return to Hollywood to stop a reboot of the ‘Bluntman and Chronic’ movie from getting made.

I am actually not sure if “Jay and Silent Bob Reboot” even got released.I doubt this review will help anybody because I could not even make it through half of the “movie”.Kevin Smith doesn’t speak when he plays this character so he just makes these dumb faces and moves his head around and somehow this is supposed to be really funny. Do even the most diehard fans actually laugh at this? Does Kevin Smith think he has great physical comedy skills or something?

I really cannot think of many performances that come off more awkward, it just doesn’t work at all. I don’t want to ever think about this stupid thing ever again. Truly just painful in every way. It’s not even fun to make fun of it because it’s just too boring. Maybe Kevin Smith can take this act on stage and stand there and make those stupid faces to all his diehard fans.