The story of the rise and fall of Toso, the leader of the criminal organization Mala del Brenta. A ruthless and cunning criminal who for two decades, through robberies, kidnappings, murders, trafficking in drugs and weapons, built an empire. Miniseries based on the autobiographical book by Felice Maniero. 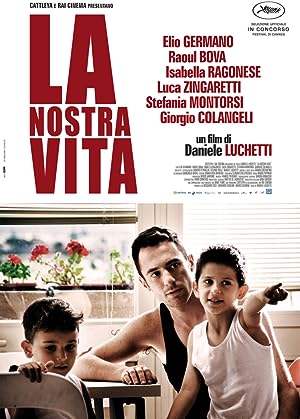 A secretary steals her boss' car to go joyriding. She visits a seaside town she swears she's never been to, but everyone knows her name. And when a body turns up in the trunk of the car, she is the lead suspect in a murder she knows nothing about. Is she going crazy?

Oscar comes to light on a stormy night, in the hospital of a small town and immediately we understand that there is something extraordinary in him : Does not obey the law of gravity. It floats in the air, hovers in the lightest room of a balloon, in front of the incredulous look of the mother and grandmother. The two women run away with the baby and decide to keep it hidden from the eyes of the world for many, many years. Only little Agata knows her secret. Until the day that Oscar decides that the whole world must know who he really is "The Man without Gravity" .