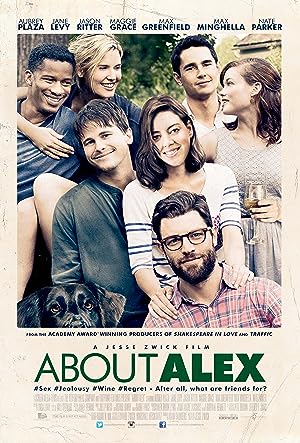 'About Alex' is the story of seven college friends who reunite over a three-day weekend, after one of them attempts suicide. When the friends get together to keep an eye on Alex, the weekend that ensues will renew old crushes and resentments, shine light on bad decisions, and ultimately push friendships and relationships to the brink as the group tries to speculate when the simple life of their college years turned so muddy and complex. Sometimes irreverent, sometimes poetic, and always moving, About Alex is a searingly honest look at the changing nature of adult friendship in the Facebook/Twitter generation.